Over the past four years, we’ve had the chance to sample some of the latest, greatest and strangest fair food to come to the N.C. State Fair. In the spirit of year-end lists, we thought we would look back at 15 of our favorite food-related posts from the past four years. Each day between now and Christmas, we’ll post a different food review from our archives.

This is a guest blogger post by our Official Deep Fried Ambassador, Ashlee. We’ll be reposting her State Fair adventures from her Miss Ashlee blog throughout the Fair.

So tasty…
so good…
I love fair food!
But you know what??
I’ve been kind of taking it easy…
I’ve only had (and that’s often with sharing)
a turkey leg & corn dog 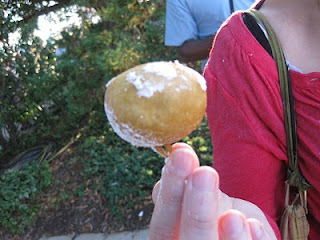 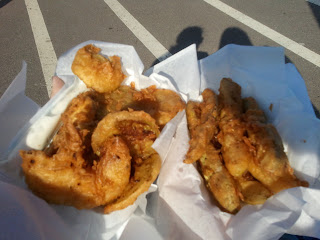 an apple (really who does that?) 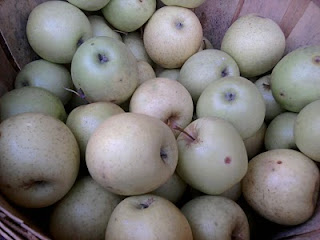 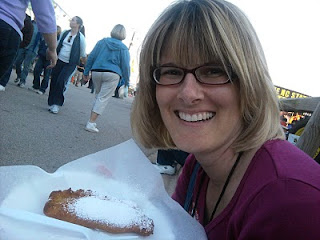 French Fried Friend with the Deep Fried Pumpkin Pie before we dig in!
You can find this fabulous fried treat on the east side of Dorton Arena at a
place called “Gobblin’ Gourmet”. This is also where you find gourmet
funnel cakes! Oh… and how did we find this out?? Using the app of course!! 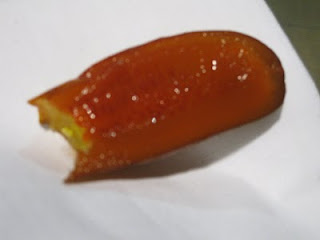 and some honey sticks (clover’s my favorite!)

I’m feeling fine, but who wants a Deep Fried Ambassador that watches her figure!?!?!
But the honest truth is that I just don’t know if I have enough guts to try the Krispy Kreme Cheeseburger! I watched Bearded Lady do it and was all sorts of impressed, but I just don’t know if I can handle it!
So… I’m leaving my fate up to the Facebook Fans of the NC State Fair!
If this post gets 100 ‘likes’ by Friday night,
I’ll do it!
Ugh.
I’ll do it!