Bruce Shankle tries to get a higher bid from a meat buyer at the State Fair's Junior Livestock Sale of Champions.

Shankle grew up on a livestock farm in Anson County, but didn’t get his first taste of State Fair livestock shows until he was a freshman at N.C. State University. On Oct. 15, he took part in what he claims will be his final Junior Livestock Sale of Champions, where the grand and reserve champions in several junior livestock shows are sold. Shankle has worked the sales arena for many years, coaxing bids out of buyers such as Harris Teeter, N.C. Farm Bureau and Martins Meats. This year, livestock exhibitors from across the state collectively walked away with $67,100 from the auction.

Shankle is always happy for the kids on auction day. He was especially proud this year, because for the first time the grand champion junior market steer was also the N.C. born and bred champion. (The steer was shown by William Jones of Buncombe County.)

The East Coast and North Carolina don’t get a lot of respect nationally in the cattle industry, Shankle says, so the fact that a North Carolina steer took the top prize in the junior market competition should change some perceptions. “When you have a calf born at home that beats the best … that’s kind of special to us,” Shankle says. “That’s like having the little community kid that grows up to be president.”

In the video below, you can see Shankle talk about his start in livestock shows and what the auctions mean to the participants. You also can watch him sell this year’s junior market barrow, which was shown by Travis Cox of Onslow County. 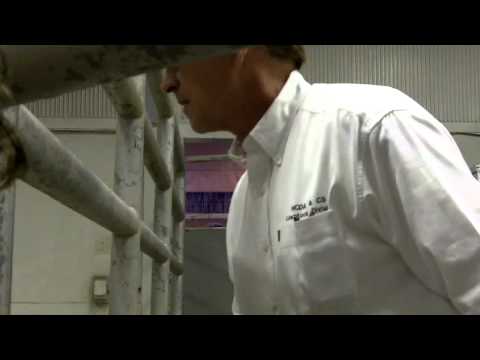