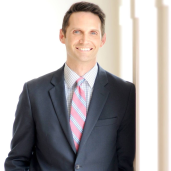 Brandon joined the N.C. Department of Agriculture and Consumer Services in September of 2019 after more than 15 years as a reporter, anchor, photographer and producer in local TV news. He is a graduate of the University of North Carolina at Chapel Hill. Growing up, Brandon spent many summers in tobacco fields helping on the family farm just east of Lumberton. He started out driving the tractor in front of the harvester at about age 7, and by the summers in college was cropping and racking tobacco. His father, cousin, mother and sister still keep the farm going. While they no longer grow tobacco, several other field crops remain, along with a peach orchard and roadside produce market.

In mid-December, the N.C. Department of Agriculture lost an employee who not only meant a lot to the research station where he worked but to the community around the station. Dale Sheets had worked at the Upper Mountain Research Station

From the Lumbee kitchen: A soup for leftovers that won’t be a ‘gaumy mess’

Jamie Locklear grew up in the Saddletree community outside Lumberton in Robeson County. He’s a cultural preservationist of Lumbee foodways.* After the work and stress of putting together a full Christmas meal, his idea for what to do with Christmas

A Christmas tree from North Carolina is now on display as the official White House Christmas tree and the centerpiece of the home’s Christmas decorations. The Fraser fir from Peak Farms in Ashe County is in the Blue Room. First

Two North Carolina seafood processors that have received grant money through a NCDA&CS grant program hosted a tour recently to show off their facilities. While the point of the tour wasn’t to highlight the improvements made with the grant money,

The newest building at the N.C. State Fair now has its official name. During the 2021 fair, Agriculture Commissioner Steve Troxler announced the name at a ribbon-cutting ceremony, and with that announcement he surprised the man who supervised the building’s

The move-in at the new Steve Troxler Agricultural Sciences Center is now complete. So, the settling in is well underway. All or part of four NCDA&CS divisions now call the 225,000-square-foot building home. It contains offices and labs for the

Research Stations Division Director Teresa Lambert expects a new tractor lending program to be a nice boost for two of the state’s agricultural research locations. It already has her dreaming about expanding the program too as a way to help

Less that 24 hours after remnants of Tropical Storm Fred flooded areas of western North Carolina, staff at the Mountain Research Station in Waynesville began mobilizing to help farmers who needed a hand to recover. The flooding rains came on

On a hot, humid, August morning recently, Amy Manzulich of Roxboro stood on the edge of a corn plot on the Oxford Research Station, watching her four children pull ears of corn from the stalks. Braving the heat was worth

This past spring, when Gary Gay retired as the director of the Food Distribution Division after 36 years with NCDA&CS, the division staff wanted to celebrate his retirement with a special gift. That gift also turned into a way to