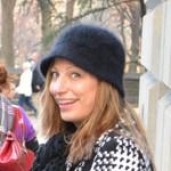 The health of our forests: 2019 year-in-review

North Carolina is home to beautiful forests which encounter risks from various threats each year.  The significance of native pests vary by year, but the threat from invasive pests is only increasing with time. The N.C. Forest Service (NCFS) Forest

Foresters for ForestHER: Why NCFS supports a new educational initiative for landowners

In 2019, a new outreach initiative brought together partners across North Carolina, including the North Carolina Forest Service (NCFS), to offer ForestHER NC. NCFS is proud to be a part of this effort as our mission is to assist forest

After devastating the Bahamas and other Caribbean Islands before turning north and skirting the eastern U.S. coast, Hurricane Dorian made landfall on Cape Hatteras in North Carolina on Sept. 6, 2019 as a Category 1 storm. A four-to-seven-foot storm surge

No Calm after the Storm: Water Stress, Drought, and Mortality in Forest Trees in Eastern North Carolina following Hurricane Florence

It’s been almost a year since Hurricane Florence slammed our coast, yet many effects from the onslaught still linger. One of these is in our forests. Many factors can cause stress in trees, sometimes leading to their death, and in

Have Fungus, Will Travel: Tree-killing disease jumps to Tennessee and Kentucky

Summer is often full of plans, but no one has been busier this year than the emerald ash borer. Although small, this invasive beetle is killing countless ash trees across the state. Since May, it has been confirmed in 11

A Last Meal: Blackheaded ash sawfly munches while it still can

Countless native insects feed upon our forest trees each year. Typically, their feeding is so minor, it goes undetected and has no long-term effect on tree health. When pest populations do rise, these sporadic and often small outbreaks are unusual

You’re not from around here, are ya? Invasive species are a worldwide issue

There are several strangers in a strange land here in North Carolina. In fact, the majority of our worst forest pests are non-native invasive species. In the 1990s, the tree-killing hemlock woolly adelgid was first found in N.C. and can

Although it is smaller than a grain of rice, the southern pine beetle is dubbed the ‘most destructive forest pest in the South’. Each year, the N.C. Forest Service tries to predict if there will be an outbreak of this