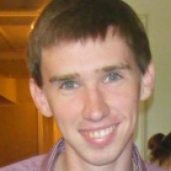 Jeff Miles graduated UNC-Chapel Hill with degrees in journalism and geography. During the summer of 2011, Jeff interned with the Public Affairs Division through the North Carolina Youth Advocacy and Involvement Office's State Government Internship Program.

In the Kitchen with Brian and Lisa: Bang bang oysters

WRAL reporter Brian Shrader and our own Lisa Prince feature seasonal recipes in their Got to Be Good Cookin’ segment using ingredients grown and available right here in North Carolina. ﻿Like bang bang shrimp? Then you’re sure to like Brian

With the Fourth of July holiday right around the corner and plenty of cookout plans in the works, the pressure is on to produce the best dish for your neighbors and friends to enjoy.  Sweet potatoes can provide the perfect

In the Kitchen with Brian and Lisa: June 17

WRAL reporter Brian Shrader and our own Lisa Prince feature seasonal recipes in their Got to Be Good Cookin’ segment using ingredients grown and available right here in North Carolina. This week, Brian and Lisa feature a fresh and light

Crawfish in North Carolina are raised in ponds such as the one shown above at farms across the state. Crawfish growers stock a pond only once. They drain the pond yearly in the winter when the crawfish live in the

The N.C. Department of Labor recently recognized 22 NCDA&CS sites with awards for workplace safety. The awards program is designed to increase safety at private and public workplaces statewide by recognizing employers and employees for maintaining safe work environments. Two levels of awards

Cheers rang out from the North Portico of the Legislative Building this afternoon as members of the General Assembly competed in the annual milk-chugging competition. The match up featured the Senate Speedy Super Sippers–composed of Sens. Bob Atwater, Don East

Farm to School Program continues to gain momentum, closes in on $1 million in sales

As the 2010-2011 school year comes to a close, the North Carolina Farm to School Program has posted its best year ever, closing in on nearly $1 million in sales. The program, which began in 1998, brings fresh, locally grown produce to North