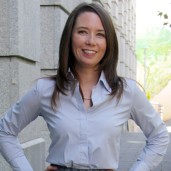 Jen Kendrick is a 20-year veteran of the N.C. Department of Agriculture and Consumer Services. She joined the department after graduating with a Mass Communications degree from Campbell University. She grew up in rural southeastern Virginia where she developed a great appreciation for all things pork, peanut and pine. She believes that nothing beats fresh corn on the cob and vine-ripened heirloom tomatoes. And all things deep fried at the N.C. State Fair. Follow Jen on Twitter at http://www.twitter.com/jennix5

The dairy industry is a fine-tuned machine. From the farm to milk processors to the grocery store, today’s dairy industry is regional in scope and streamlined to run in a most efficient manner. In North Carolina today, there are about

When we say that our avian pathologist wrote the book about his field of veterinary pathology, we mean it.  When it comes to diagnosing problems in birds, ducks and other avian species, the book that pathologists reach for is Avian Histopathology. And it

Avian flu back in the news

Late on March 3, our Veterinary Division got word that there was a probable case of highly pathogenic avian influenza in a commercial poultry flock in Lincoln County, Tenn. Veterinary officials closely monitored the situation over the weekend and staff participated in

Faces in the Field: George Revels

Author’s note: Sometimes life just gets in the way. Like for us when Hurricane Matthew hit just a few days before the N.C. State Fair last October. This blog post was written and just waiting to be posted when I got a

Wake County farm is older than the Declaration of Independence

Not too many families can claim that their farm has been maintained in their family for more than 100 years. As a matter of fact, in North Carolina, less than 1,900 families are listed in the Century Farm Family Program, which

Each week we round up the latest N.C. agricultural headlines from news outlets across the state and country, as well as excerpts from the stories. Holiday note: State government offices are closed Dec. 23-27 for the Christmas holiday. We will

Agriculture Commissioner Steve Troxler sits down each week with Southern Farm Network’s Rhonda Garrison to discuss “Today’s Topic.” For many families that are scattered throughout the state, Christmas is a time when the whole family comes home. This yearly family reunion

October is North Carolina Spirits Month, so Halloween weekend is the perfect time to highlight some wickedly fun cocktails featuring North Carolina spirits. North Carolina is home to about 50 distilleries and the industry continues to grow. Fair Game Zombie  3/4

Hermine is only the latest in a long line of tropical cyclones to affect North Carolina over the past century. One particularly notorious storm struck the state 20 years ago. If you lived in North Carolina in 1996, Sept. 5 is likely a day that you