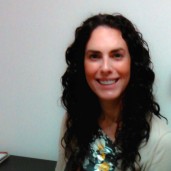 Students compete for awards and scholarships at the “Natural Resources Olympics”

Students from across the state competed at the 2018 North Carolina Envirothon held at Cedarock Park near Burlington over the weekend. The two-day event tests students’ knowledge and problem-solving skills in the areas of aquatics, forestry, wildlife, soil and land

Ronald W. Simmons Jr. is the 2018 North Carolina Small Farmer of the Year

During a recent meeting in Raleigh, Chief Deputy Commissioner N. David Smith honored NCDA&CS employees for their outstanding achievements, commitment and service to the department. Dr. Jimmy Tickel and Mark Howell received the December 2017 Employees of the Month Award,

Looking back at 2017: our year-in-review

With over 2,000 employees in 20 divisions and a presence in all 100 counties, the N.C. Department of Agriculture and Consumer Services touches the lives of North Carolinians every day. We have regulatory and service responsibilities that are wide-ranging, but

Interest in beekeeping has grown exponentially since the North Carolina State Beekeepers Association signed their first 38 charter members in 1917. Today, the NCSBA has grown to 4,000 members and has become one of the largest organizations working to protect