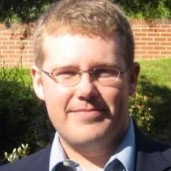 Paul covers the Got to Be NC, Goodness Grows in North Carolina and other marketing programs of the department. He has been with the department since 2010. He graduated from N.C. State University with a degree in communication and minor in nonprofit studies. In 2009, he interned with the Public Affairs Division as part of the North Carolina Youth Advocacy and Involvement Office's State Government Internship Program.

On Feb. 20, the department will host produce buyers from Lowes Foods and US Foods at the Grower/Buyer Exchange. The event, organized by the department’s Marketing Division, is geared to N.C. fruit and vegetable growers interested in selling their products

The number of North Carolina farms welcoming visitors has skyrocketed in the last 10 years, increasing by 89 percent. Moreover, the diversity of agritourism-related activities has increased. There are still plenty of pick-your-own strawberry fields and corn mazes, but today’s

As families prepare for the holiday season, N.C. pecan farmers are harvesting their crop. The Tar Heel state produces 3 to 5 million pounds of pecans annually, and 2017 is shaping up to be a great year. That’s welcome news

In North Carolina, we often take for granted the humble sweet potato. It’s a Southern staple and a part of many family dinners here. In other parts of the world, however, the sweet potato is a relatively new product. That’s why

If you’ve ever been curious about starting your own fish or shellfish farm, you won’t want to miss the annual N.C. Aquaculture Development Conference. The event is a great introduction to North Carolina’s growing aquaculture and mariculture industries. Activities include

North Carolina is home to 525 vineyards, more than 180 wineries and five designated American Viticultural Areas. What better way to celebrate Small Business Saturday than to take a trip to a local winery and support an industry that consists

This weekend, seafood lovers will flock to Morehead City for the annual N.C. Seafood Festival. The three-day event features live music, cooking demonstrations, and of course, a lot of seafood. One of the goals of the Seafood Festival is to

N.C. chef creates Got to Be NC Burger

What is your idea of a perfect burger? For Jenni Field, it’s a mouth-watering combination of ground beef and pulled pork, featuring more than 10 ingredients from North Carolina. Field, the creator of Pastry Chef Online, made the Got to

The department’s International Marketing section partnered with the N.C. SweetPotato Commission in July to sponsor a food truck introducing N.C. sweet potatoes and sweet potato recipes in Germany. The food truck traveled across Germany, stopping at festivals in Augsburg, Stuttgart,

Winning the N.C. Born and Bred category has long been a source of pride for exhibitors at the N.C. State Fair and N.C. Mountain State Fair. The category is a testament to the quality of cattle, goats, sheep and swine